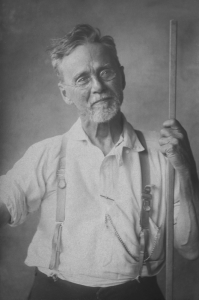 In 1874, while a physician on the Missouri frontier, Andrew Taylor Still discovered that he had the ability to put his hands on people and change their physiology.

Many influences converged to shape Dr. Still’s evolution: He apprenticed as a physician at his fathers side, and was a Hospital Steward and Scout Surgeon during the Civil War. He lived in relationship with the Shawnee, who actualized a deep reverence for the wisdom of nature. Other influences included Methodism, Magnetic Healing, Bone Setting, Evolution Theory, and Spiritualism.

Dr. Still’s interest was to enhance nature’s own ability to heal. He realized that the human body was potentially perfect in its form and function. He studied anatomy with extreme intensity intending to learn the secrets held by nature’s design. He realized the relationship between structure and function. He saw the human body as a highly complex machine which, like any other machine, required proper alignment and lubrication for optimal functioning.

I suspect that during surgery he noticed that diseased organs were significantly congested, and he sought a non-surgical means of alleviating this congestion. He eventually developed a means of restoring freedom to restricted tissues, using his hands to relieve the congestion.

The ailments his patients suffered from ranged from Acute Dysentery to Sciatica. Some people he helped dramatically. Some people he only helped a little bit. But he helped most of them. And considering the other therapeutic tools available at the time, he was more effective than any other doctors.

As his skills evolved, and his reputation grew, train routes were redirected and boarding houses were erected to accommodate the influx of people into the remote area of Kirksville, Missouri. 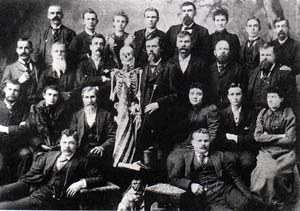 By 1892, at the age of 64, Dr. Still began teaching formally. He founded the American School of Osteopathy (now the Kirksville College of Osteopathic Medicine) in Kirksville, Missouri. The first class consisted of only 22 students, both Men and Women. He believed that he could transfer his knowledge in only 3 months, but he soon discovered that the skills he had spent 20 years developing were not so easily taught. The curriculum increased to two years in duration, and included intensive study of anatomy and physiology. His initial intention was to “enhance the study of medicine, surgery, and obstetrics.” He was not in favor of using drugs, as most pharmacologic agents of the day were toxic and ineffective.

Dr. Still was a visionary. He believed his students should be complete physicians. He legislated in full practice rights for his graduates. He granted them the degree D.O. (Doctor of Osteopathy). He was an effective teacher, and many of his students became very skilled in the manual diagnostic and therapeutic skills he called OSTEOPATHY.

“You wonder what osteopathy is; you look in the medical dictionary and find as its definition ‘bone disease’. That is a grave mistake. It is compounded of two words, osteon, meaning bone, pathos, pathine,to suffer. Greek lexicographers say it is a proper name for a science founded on knowledge of bones. So instead of ‘bone disease’ it really means usage.”

“Osteopathy is a science which consists of such exact exhaustive and verifiable knowledge of the structure and functions of the human mechanism, anatomy and physiology & psychology including the chemistry and physics of its known elements as is made discernable certain organic laws and resources within the body itself by which nature under scientific treatment peculiar to osteopathic practice apart from all ordinary methods of extraneous, artificial & medicinal stimulation and in harmonious accord with its own mechanical principles, molecular activities and metabolic processes may recover from displacements, derangements, disorganizations and consequent diseases and regain its normal equilibrium of form and function in health and strength.”

As Dr. Still aged, his influence gradually diminished. As drugs became more clinically practical the use of medications was introduced into the curriculum. Today, in the US there are 57 Osteopathic Medical Schools in 33 states. They have become almost identical to conventional allopathic medical schools. They still grant the D.O. degree, and they still teach Osteopathy. Many students and physicians, unfortunately, consider the philosophy and practice of Osteopathy to be outdated and ineffective. Over the years, as modern medicine has emerged, the practice of Osteopathy in the United States has become less common.

Fortunately, a significant number of Osteopathic Physicians continue to value the wisdom of the original teachings, and seek a deeper understanding of Osteopathy. Find A DO Near You